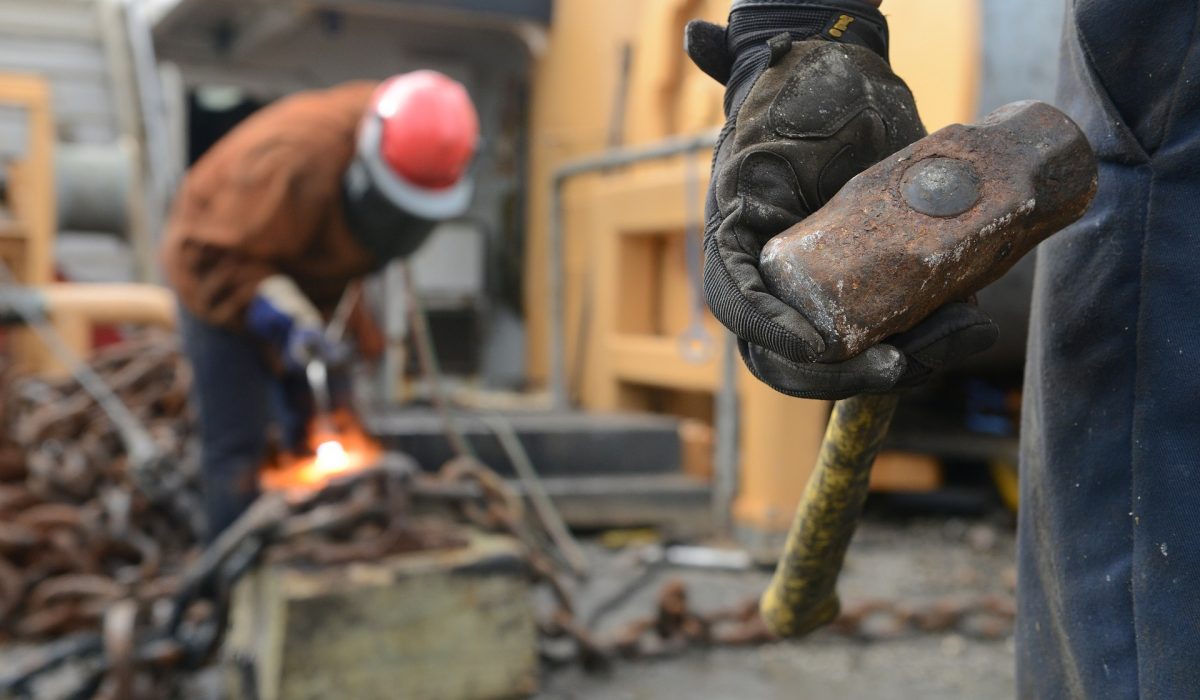 “What is work?” What counts as work – for us in private, and for our economic and legal systems? These questions are crucial in making the transition to a postgrowth economy just, said Sigrid Stagl from the Vienna University of Economics and Business, as she gave this session’s introductory presentation. “Usually, work is contrasted with leisure – as financially compensated activities with a negative utility for the worker. But work should not only describe paid and exhausting non-leisure! There can also be unpaid work, and fulfilling work.” Childrearing, she mentioned to an applauding audience, done almost exclusively by women, is work. She discussed concepts of work – “decent work”, “sustainable work”, the “work” definition implied in the United Nations’ SDGs 5 and 8 – as well as gender differences (in types of work, and in (non-)compensation), before session facilitator Alexandra Strickner (Attac) invited up the rest of this session’s panel: Sylvia Leodolter from the Austrian Chamber of Labour, Pablo Solón Romero from Bolivia’s Fundación Solón, Johannes Wahlmüller (GLOBAL 2000), and Susi Haslinger, a social policy expert for Austrian labour union PRO-GE. Each panelist was invited to a first round of statements.

Returning to the session’s title, “A Just Transition”, union expert Susi Haslinger stated a first premise: We need to anticipate the risks of workforce transitions, and the wider consequences such as the right to re-employment, necessitating retraining of workers of must-end industries. The precondition, she added, is a well-established welfare state, but: “Here in Austria, the government actively attacks some of the most important players in this transition, like the Chamber of Labour, unions, and the welfare state itself.”

Sylvia Leodolter from Austria’s Chamber of Labour agreed and noted: “A Just Transition” means managing both the negative and positive consequences. It is global in scope, as are the problems that necessitate it. It is a whole-economy issue, going far beyond the energy and mobility sectors alone. “It covers social and spatial inequalities – there is no need to look to Fiji to see regional differences in how people and local social environments are affected.”

And the transition, of course, needs to be understood along the entire supply chain, meaning imports and exports are very relevant: Several countries have claimed emissions reductions, but in reality, they only begun to import more, shifting the resource use and pollution to other countries and leaving their local workers behind at the same time. This disenfranchisement and the resulting economic anxiety have caused voters everywhere to seek political change, often problematically so, and this is why a “just” transition is key to a better future. “Emissions must be accounted for on a consumption basis, not a territorial basis – and the Global South should not be pointed at, since it is emitting more indeed, but doing so because of our consumption”, she described.

Next up, Johannes Wahlmüller (GLOBAL2000) asserted that he was convinced it would all happen and a transition would surely be achieved. “But will it be quick enough to limit climate change?” This, for him, is one of the two open questions now. The second one: “Will the transition be just?”

On the first of these questions, Wahlmüller had a real-world factoid to offer: “Recently, against the backdrop of an IPCC report on the possibility of limiting global warming to 1.5°C, all existing governments’ climate action plans were sent to the United Nations, to be checked against reality” – and as Wahlmüller further explained, it turned out that, perfect execution of all plans provided, until 2030, an overall increase in global annual emissions would still be a sure thing. He paused for a moment. “But we need to halve global emissions, about every ten years!”

Pablo Solón, all the way from Bolivia, addressed what the differences would be – between Bolivia, and much more broadly, the Global South – and the Austrian situation the other panelists were familiar with. “Most of what anyone ever thinks of”, he said, “is formal work.” But there is a huge amount of social value provided through work done informally – not only by women, but by children, the elderly… and this needed to be recognised. “In Bolivia, we say workers should not have to only be defensive around a just economic transition, but on the offense!” His fellow panelists agreed, and Solón elaborated: This would mean putting forth a positive vision, after having spoken thoroughly with everyone involved. It’s about politics of hope.

“When we say ‘work’, we must not only think of the production of goods for the market. Automation is coming.” And above all, he explained, the regeneration of ecological systems will need a lot of work from many, many people – but it will not create more commodities to trade! This is exactly where our current system shows its lack of overlap between what is good for the world and what is good for business. “We need to get out of that old logic and see restoration work as work.” It needed to be compensated, and he would get back to this point.

Session facilitator Alexandra Strickner invited audience comments and asked the panel to respond, with a focus on concrete steps that are being taken or could soon be.

Susi Haslinger discussed a first, though regrettable real-world case: “The large labour union ver.di, in Germany, simply says to continue business as usual in the [largest Europoean open pit coal mine, nearby the] Hambacher Forst” – a simple, but catastrophic answer, obviously meant to preserve the employment of regional coal miners. She and her colleagues at Pro-GE think of that attitude as very problematic, of course, since it is completely incompatible with the ecological problems humanity is now facing. Members of her labour union are instead campaigning for a just transition, but a transition nonetheless.

Sylvia Leodolter described her experience with such situations: “Citizens and workers need a conviction that fair burden sharing will take place, otherwise they won’t commit.” Johannes Wahlmüller proposed a proven solution: “Just Transition” funds. “Spain has just set up a fund for Climate Action, following the SDGs, and with it, they wisely decided to set up a fund for a just transition, as well.” It could all, of course, be done well, he added. One only had to seriously work on it, as many now are.

At this point of the discussion, on the financing of a just transition, Pablo Solón had the perfect opportunity to elaborate on his experiences in South America: “We’re told that all the work on fixing earth systems would not create value for the commercial market. There has been a very long and large debate in South America around the 100bn USD to pay for it.” But, he stressed, if we were to look at the bigger picture, there do seem to be 1.5tn USD for maintaining military forces, and if we were to target such military budgets and tax the most speculative parts of the financial industry, the cost for regenerating our basis of life would suddenly seem easy to pay, and truly worth it.

Mr. Solón also stressed that “labour itself should not be an annihilating part of our lives” – we should shape the workplace to be a place of fulfillment. He described the aforementioned now-nationalised gas businesses as no different from any private corporate workplace. “They still have the same hierarchies, the same top-down control without workers having any say in how the companies operate.” We need to, he closed, democratise the workplace – in all dimensions.

Sigrid Stagl noted, that sometimes, it may be true that the more radical changes are actually easier to push forward, because with half-baked solutions, so much energy is wasted on doubting whether it is worth it.

Closing an intense and interactive session, the facilitator Alexandra Strickner summarised: Firstly, a deep redefinition of labour is needed, secondly, all workers must be involved in the transition – nobody shall be left behind, and thirdly, to achieve success, we must all involve ourselves – nobody shall wait on the edge of the playing field.