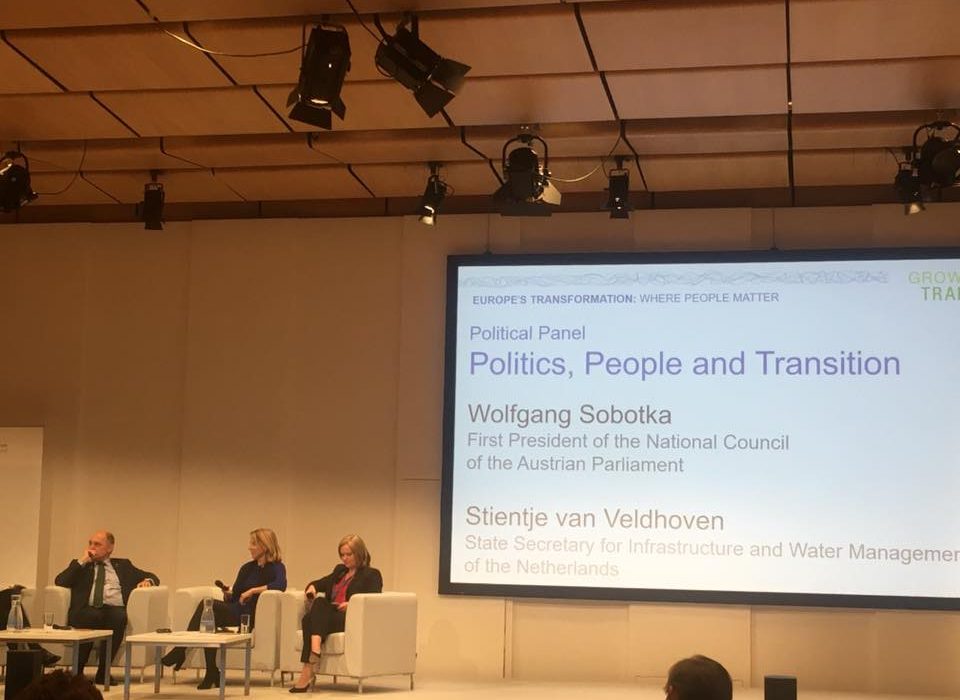 Science and research must constantly keep an eye on the grand challenges that are crucial for the future of the planet and develop solutions. That was the message from Wolfgang Burtscher, Deputy Director-General of the European Commission’s Directorate-General for Research and Innovation, in the Opening Session of the conference. This focus on the major challenges including the protection of common goods such as the atmosphere or the oceans, is also important as the only way for science retain acceptance and support from society. “We therefore also need more direct participation of citizens in research projects,” said Burtscher. Sustainable Development plays a major role in the preparations for the next Research Framework Programme “Horizon Europe”. At 77 billion euros, around 60 percent of the budget is earmarked for these topics. An Austrian national, Wolfgang Burtscher was a Director in DG Agriculture since 2000 before joining DG Research and Innovation in 2009. Before his Commission career Mr Burtscher was representative of the Länder at the Austrian Permanent Representation to the EU. From 1992 to 1996 he was Director of European Affairs in the Vorarlberg administration.

Wolfgang Sobotka, First President of the National Council of the Austrian Parliament, also expressed his views on sustainability and social development as part of the Political Panel. He was concerned about the “break-up of society” and the growing “fears of losing out”. More and more people were remaining in their own communities of information and self-affirmation. Here, politics had to address interdependence and the feeling of togetherness more strongly. Participation is a key to this. “When people are no longer heard and taken along, they create their own world,” said Sobotka. But the emphasis on tolerance is also important. “Sustainability is also always about accepting the other positions”, the politician stressed.